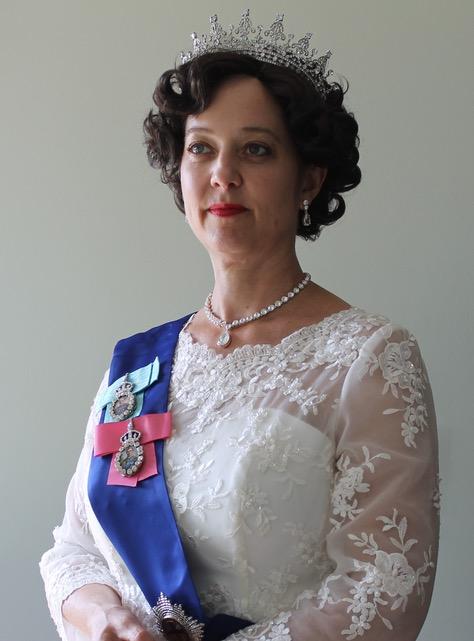 In Becoming Queen Elizabeth II historian Leslie Goddard, Ph.D. brings a new historical portrayal of Britain’s famous monarch, from her childhood, the abdication of her uncle, her marriage to a navy officer named Philip, her World War II service, and her struggle to balance her roles as queen and mother. Get to know the woman behind the images, her sense of humor and savvy intelligence with which she meets her demanding obligations. Goddard is an award-winning actress and scholar who has been portraying famous women and presenting history lectures for more than ten years. She holds a Ph.D. from Northwestern University, specializing in U.S. history and American Studies. She is the author of two books on Chicago history and currently works full-time as a historical interpreter, author, and public speaker. 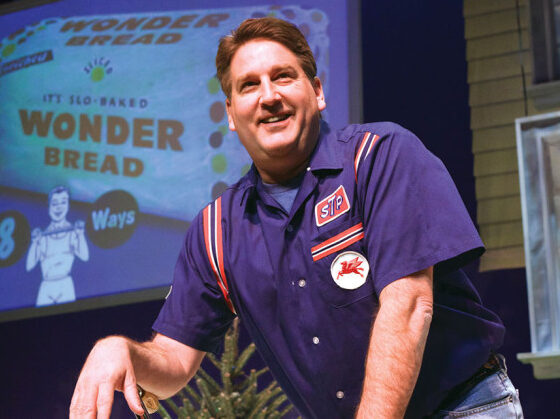 The Wonder Bread Years starring Pat Hazell is a fast-paced, hilarious production that gracefully walks the line between standup and theater. Audiences across the country enjoy a show that not only restores a much-needed sense of wonder, but leaves audiences laughing and savoring the past like never before. From sitting at the kids table to riding in the way-back of the Country Squire Wagon, The Wonder Bread Years is a comic bulls-eye for Baby Boomers everywhere. Everyone will recognize someone they love in this parody of family life as we once knew it. Pat Hazell is one of the original writers for NBC’s Seinfeld, a Tonight Show veteran, a critically acclaimed playwright and a contributing commentator to National Public Radio.

Dennis Elkins’  box. is told through enticing striptease of revelations. This poignant and funny solo performance is a complex and deeply felt examination of life’s unplanned turns, deliberate shifts, blind alleys, devastating losses and late discoveries. Box demands ransoming the debris from boxes tucked away in the closet and gives voice to the process of unpacking our lives. While balancing a dark core of loss and grief, exuberant humor brightens this story of holding on and letting go… or not. Box is an autobiographical journey of cleaning house after parents/children die and we, those of us who are left, must choose what to keep and what to shred. The easy solution is to dump the stuff in a box and deal with it later – but, when “later” comes, we still agonize with the left-overs in a comical way. Though a native of Elkhart, Kansas, Elkins spent several years in the academic theatre arena all over the United States. He has performed this production at the Edinburgh Scotland Fringe Festival.

Do you have a show you’d like to suggest for the South Haven Theatre Series? Contact us at… 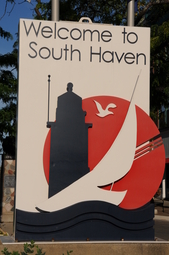